There are a few different schools of thought when it comes to determining the ideal weight for a downhill bike, but according to Scott engineer Tim Stevens, weight was “at the top of the criteria list.” Scott's trail and enduro bikes are some of the lightest in their categories, and the goal was to create a downhill bike that followed suit. There's no denying the fact that they've created a very light bike - the 29” Gambler Tuned pictured here weighs a scant 34.5 pounds (15.6 kg) on my scale, and the frame-only is said to weigh 2,650 grams (5.8 lb). The bike could have been made even lighter, but that would have meant forgoing the adjustable geometry features.
Along with creating a much lighter Gambler, Scott's designers and engineers also wanted to achieve the optimum blend of stiffness and compliance. They started by experimenting with different rear ends on the previous Gambler in order to see what riders preferred. The overall goal was to create a bike that had more torsional stiffness, but a bit of lateral compliance for comfort and traction. They also wanted to ensure that the final product had consistent stiffness levels from front to back – a bike with a stiff front end and a floppy rear isn't going to be all that enjoyable to ride, especially at the high speeds that go hand-in-hand with downhill racing.
The Gambler's suspension layout keeps the top- and down tubes free from direct shock loads, which made it possible to manipulate the carbon layup of each tube in order to create the desired level of stiffness. Scott says that the bike, similar to the Ransom, was designed to have a 'stiffness zone', which runs from the head tube to the down tube and then the chainstays. The upper half of the bike – the top tube and seatstays – is the 'lightweight zone', the area where it was possible to remove material and tune the amount of frame flex. 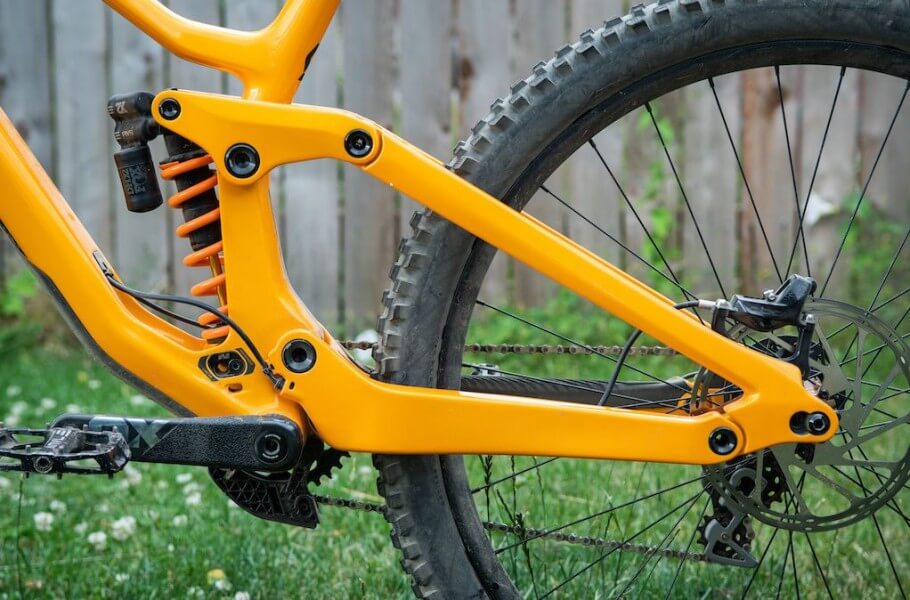 There's an extremely wide range of possible setup option with the Gambler. The chainstay length can be set at either 435mm or 450mm no matter what wheel size you're running, and there's also a 4-position flip chip that's used to alter the bottom bracket height and shock progression.

For instance, if you're going to be riding somewhere super steep, running the bike in the shorter chainstay position with the chip in the lower, more progressive setting is the recommended setup. For flatter tracks, Scott suggests a higher bottom bracket, more linear shock position, and longer chainstay position. Of course, these are just suggestions, and there are a bunch more possible combinations, but Scott's setup guide does a good job of breaking down where each setting might work best.

That's not the end of the adjustments, though; another set of headset cups are included that can be used to alter the head tube angle by 1-degree in either direction, and there's a cup that adds 15mm of stack height, which will come in handy for riders who plan on running 27.5” wheels.

The Gambler is now available in four sizes, from S to XL, with reach numbers that range from 400mm all the way up to 500mm. That's quite the spread, and it should accommodate the vast majority of rider heights. On the whole, the reach number for each size has grown by approximately 15mm. The seat tube angle was steepened on the small and medium sizes so that smaller riders can run low seatpost heights without worrying about the 'bzzzzzt' noise of the rear tire contacting the back of the saddle. 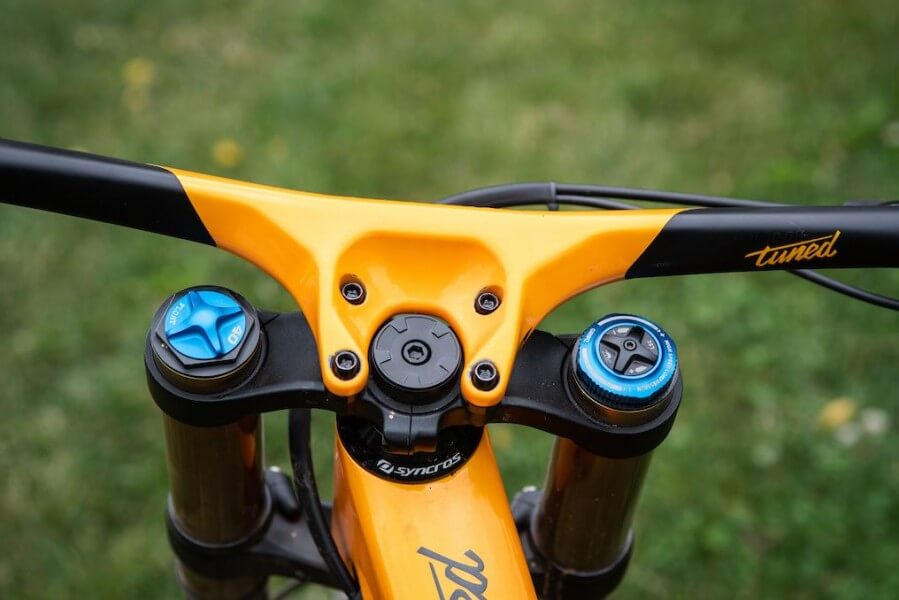 Integration is a term that falls dangerously close to being a business-speak buzzword, in the same vein as 'synergy', but given what Scott have done with the Gambler I'm going to allow it. I mean, just look at that handlebar / stem combo – if that's not integration, I don't know what is. In addition to being lighter than a traditional two-piece bar and stem, the 300-gram Syncros Hixon iC DH bar is said to be able to withstand 260kg (573 lb) of downward force on each side and still return to its original shape without any deformation – that's one hell of a huck-to-flat. The concept may be polarizing, but it's a surefire way to attract plenty of looks in the lift line. 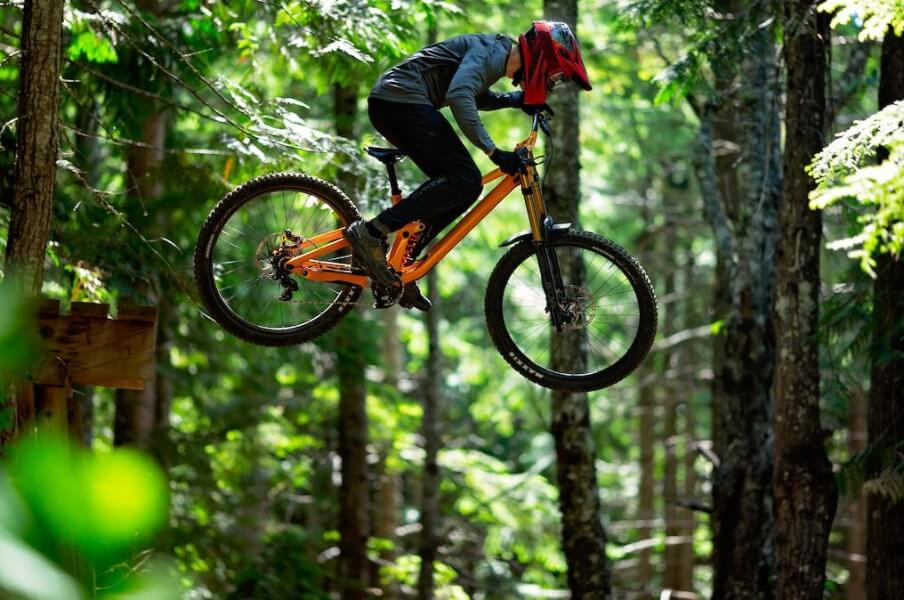 I've been able to get in two solid days aboard the new Gambler so far, just enough to start getting a handle on what this bike is capable of. The first was a day of shuttling on steep, rooty, natural tracks, and the second day was in the Whistler Bike Park, where I hit up everything from the techier bits in the Garbanzo zone to jump-filled trails like A-Line and Dirt Merchant. I kept the bike in the geometry configuration it came in, with the flip chip in the low / progressive setting, and the chainstays in the longest position. At 5'11" I went with the size large, and so far I've been very comfortable on it. I'm sure I'd be able to handle the XL if I wanted to really maximize straight-line speed and stability, but I'd rather feel like a pilot than a passenger, so the 460mm reach of the large works well for me.

The light weight of the bike is noticeable, but there's still plenty of stability on tap – you're not going to mistake the Gambler for an overgrown trail bike, which is a good thing. After all, part of the reason that DH bikes are so fun is that they let you get away with speeds and line choices that wouldn't be possible on anything else.

Even though it gained a little length and bigger wheels, the new Gambler is much easier to throw around than the previous version, whether that's while navigating through a tight, technical chute, or lifting up and over a chopped up section of trail. With the flip chip in the progressive setting, it takes barely any effort at all to get the shock to begin moving into its travel. That sensitivity came in handy on the more natural trails where I wanted as much grip as possible, but it wasn't as beneficial in the bike park – I'm planning on trying out the more linear setting next to see if the difference is noticeable. In theory, it should provide more support at the beginning of the stroke and make the bike ride a little higher in its travel at the cost of a little bit of bottom-out resistance. 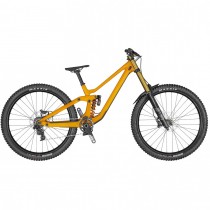 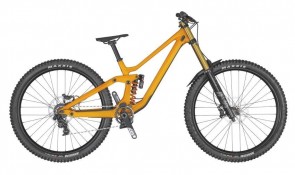 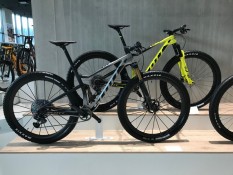 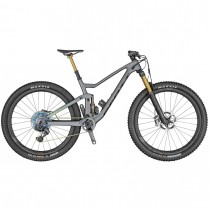